The Free Shadow Work Video Series by Caroline Myss and Andrew Harvey is a transformational learning experience to help you embrace and integrate your shadow.

Your Shadow self, as defined by Carl Jung, represents the unknown, unconscious, dark side of our personality, or the repressed or denied parts of the Self.

Shadow work, meaning the process of bringing the hidden parts of the Self into consciousness, involves embracing your Shadow self and healing the Shadow self.

Shadow work and healing involves integrating your Shadow to bring greater integrity to the hidden and more negative parts of the psyche.

Working with your Shadow self means learning the underlying motivations that drive your actions and embracing your Shadow or the parts of yourself that you deny or suppress because you’re ashamed or even afraid of them.

“The Shadow has power precisely because it remains in the dark; we tend to deny its presence because we consider it unacceptable. Only when we face and acknowledge the Shadow’s presence can we neutralize its potential negative impact on us.” ~ Caroline Myss

Sign up for the Free Shadow Work Video series now 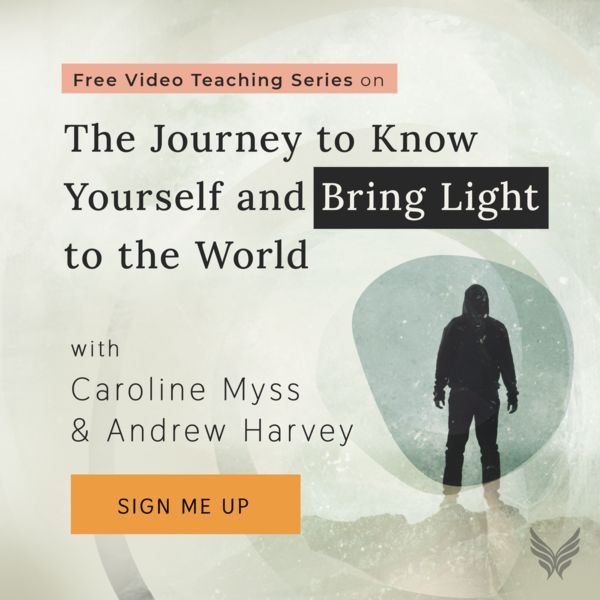 Why should you do Shadow work?

Have you ever had a pattern of falling in love with the same type of person, over and over again, even though the relationships seemed doomed from the start?

Or wondered why certain events were triggering for you, seemingly out of proportion to the events themselves?

Or had a sense that there was some creative endeavour wanting to be born through you that you couldn’t quite name – as if it were hidden on the very edge of your awareness?

All of these experiences are indicators of the Shadow at work. The secret to discovering these parts lies in the Shadow – that part of us that is unknown yet influences every aspect of our lives.

Most people are pretty confident in their key personality traits, and can easily list the roles they play in their public and private lives. Yet, we all know that there’s more to us, hiding under the surface.

If we could just bring these parts into the light, we would have access to so much more power, joy, and purpose. The secret to discovering these parts lies in doing Shadow Work!

This Free Shadow Work Video Series brings you three powerful Shadow work psychology sessions on working with the Shadow as taught by two of the world’s leading experts – Caroline Myss and Andrew Harvey.

In the first video, she shares “The Sacred Path of the Shadow” where she explains what the Shadow is and why doing Shadow work is so important – especially at this time in human history. Highlights include: 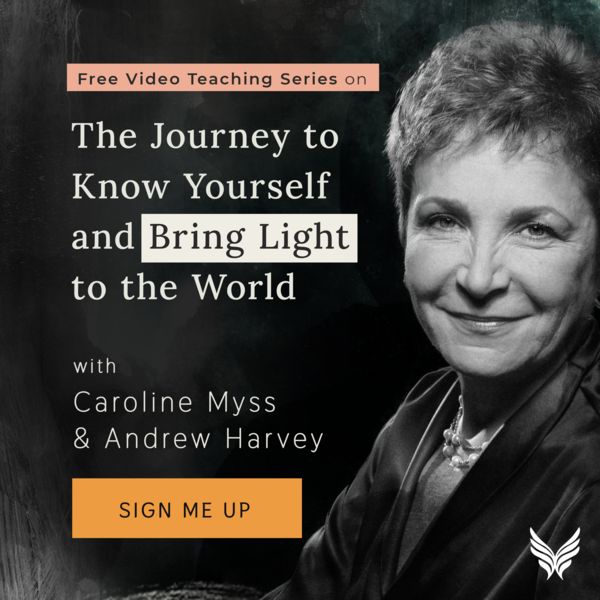 The Shadow Course – Facing Your Shadow

Of course, it’s not easy to see what we don’t want to see about ourselves. There is a reason we turn away from certain truths and that our greatest inner treasures often remain hidden.

The Shadow Course is an eight–week transformational learning experience with two of the most pioneering spiritual teachers and Shadow workers of our time, Caroline Myss and Andrew Harvey.

It’s the Shadow work therapy you need to uncover what you don’t know about yourself, so you can come into alignment with your true power and purpose.

Starting Shadow work for beginners means going on a journey of self-confrontation – one that requires courage, truth-telling, and a willingness to grow.

When you join this online Shadow Work therapy course and start doing shadow work with Caroline Myss and Andrew Harvey, you’ll learn ways to do shadow work to:

You will also receive over 14 hours of expert guidance, inspirational stories (from two of the world’s most riveting storytellers!) and Shadow work exercises, giving you an insightful “tool kit” based on mystical principles. 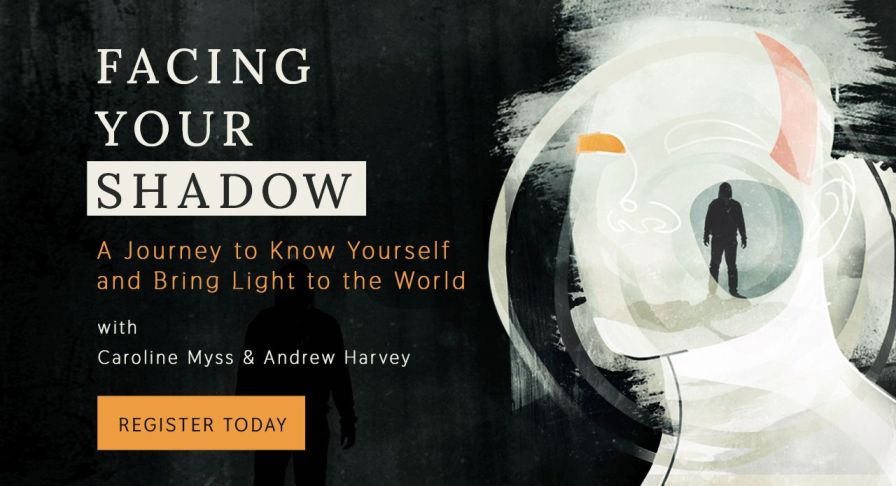 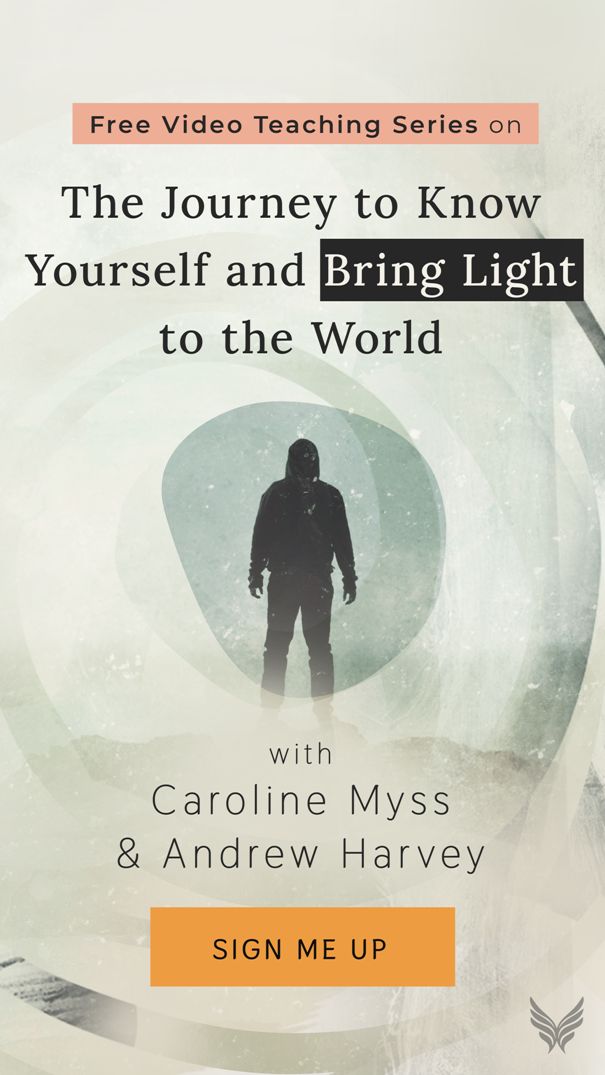 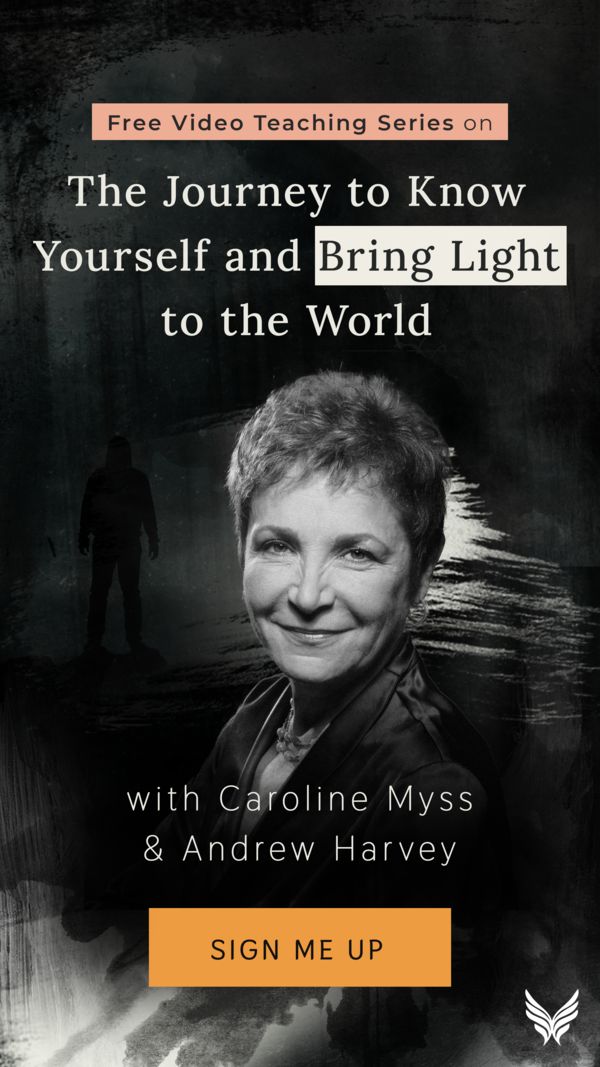 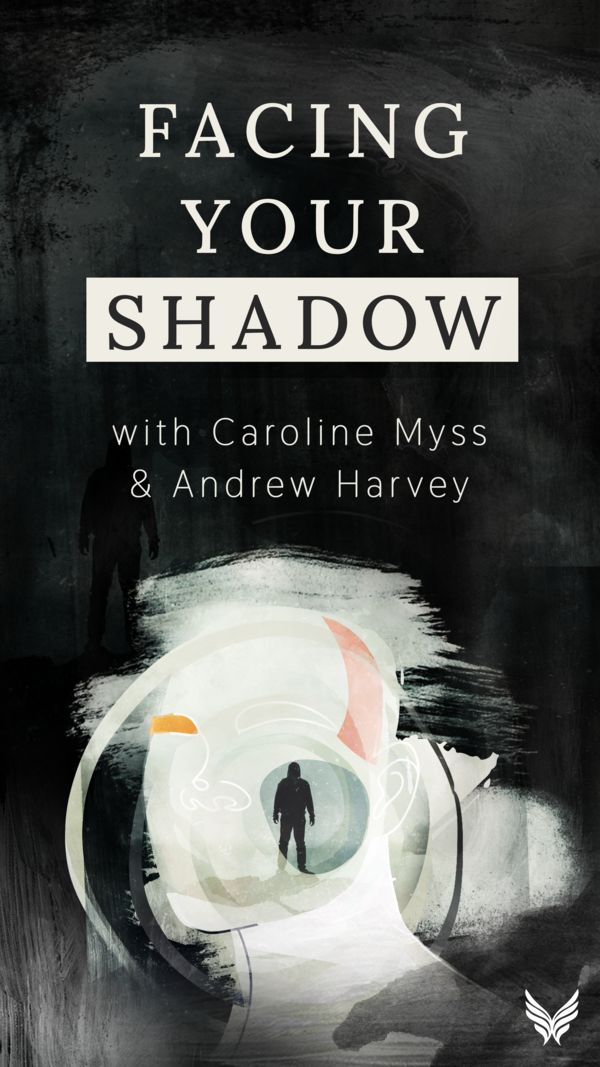